D&D has attracted a community of creativity and dedication, from descriptive D&D maps to unique D&D campaigns. But if you want an overview of just how magical this game can be, you only need to look at the lore behind D&D spells.

DnD spells are a part of the gameplay– but those spells differ from world to world. Among the most iconic magic campaigns is The Weave, set in The Forgotten Realms.

Mystra, the God of Magic, is in charge of The Weave. But it’s Shar, the goddess of darkness, that created what is called the Shadow Weave. The Weave and the Shadow Weave co-exist, despite times of damage and destruction.

It’s also the origin of mage Karsus, who becomes a god of magic. His transformation into a god results in a dramatic shakeup. When the goddess of magic sacrifices herself to stop Karsus, the Weave is forced to shut down and the empire of Netheril dissolves.

That’s just a taste of the lore behind spells in D&D. The point is, spells aren’t just a side feature in D&D but can add depth, storylines, and expansive gameplay.

In this guide, I’ll tell you what spells are in D&D, how to get started with spells, and the best spells by character type and function.

What are spells in D&D?

Spells are part of a broad magic system in Dungeons and Dragons, divided into different types of spells and suited for different characters.

Evolution of Spells in D&D

Spells, and a magic system, were first introduced in 1974 with the publication of “Men of Magic.” The 36-page booklet featured 12 full pages of spells, for a total of more than 100.

While this was an exciting development for Dungeons and Dragons, most current players would be disappointed today. The first spells were not versatile and a bit challenging to play with. The first spell level was difficult to achieve, but if you got past that, the spells were almost too powerful. Once you reached a level 20, you had magic powerful enough to be labeled as Zeus.

This system improved three years later, with the publication of Advanced Dungeons and Dragons. This update provided more nuance to spekks. Not only were their new spells, but these spells were more advanced. Different duration lengths required casting time, and more distinct effects were all important improvements.

This update was also monumental by providing a distinction between arcane and divine magic. Finally, it introduced the Vancian magic system, where players have to memorize any spell they want to use.

With these added challenges and specificity, spells went from a side feature to a mainstay of D&D games.

I consider the most modern magic systems and spells to have gotten their start in 2008. 2008 marked the fourth edition of D&D and truly transformed how useful spells could be.

While in the past spells were confined to spell casters, now nearly every role had the ability to use magic in some form. It also provided some additional lore. Now spells were not only powers but part of storylines and character progression.

In addition, now the magic was classified into not two types of magic, but three types: arcane, divine, and primal.

The fifth edition of D&D, published in 2014, took this new “at-will” magic from the fourth edition and combined it with the older Vancian magic. The hybrid system allows even more nuance, with spell use further defined by character type. It also introduced the concept of cantrips and revised spells so that they are now only divided into arcane and divine magic.

What are the two types of spells in D&D?

Arcane magic is focused on changing energy use. This can include conversion of objects or being or enlisting the help of others. I like to think of arcane magic as practical magic, but it also has powerful offensive purposes. Spells are used after looking at a spellbook (the Vancian system requires memorization).

To cast a spell with arcane magic, players typically are required to recite unique phrases and gestures. Since most players no longer use the Vacian system, pure memorization is not needed. However, once a spell is cast you have to access a spell book once more before it is cast.

Arcane spells are mostly cast by sorcerers and bards, due to their unique abilities. Sorcerers have rich histories with arcane magic. In fact, their connection to arcane magic sometimes sets up the back story or lore of certain campaigns. Some sorcerers even have a dragon ancestor or an ancestor from Shadowfell.

At the same time, Bards also have an innate connection with Arcane spells. For Bards, this means the ability to perform healing spells and spells used to destroy. Bards are said to have their special healing abilities due to their connections to songs, lyrics, and narration.

Divine Magic in D&D is especially useful for clerics, though it is also popularly used for druids, paladins, and rangers. Divine spells may sound more convenient than arcane spells, but the downside is that they tend to be less powerful for offensive spells.

For clerics, divine spells have a few specific purposes: replenishing spellcasting power, healing, bestowing blessings, cursing, and inflicting damage. Another, lesser-known use, is the power to kill or drive away, as well as command, the undead. However, this specific ability varies upon which deity they are a patron to.

Instead of using a spellbook, clerics must meditate and pray every day to replenish their spellcasting abilities.

These two classes also are limited to low-level divine spells and are less quick to learn even these spells. However, that by no means is saying that divine spells are useless for paladins and rangers. In fact, some of these spells are surprisingly potent and have special bonuses others do not enjoy.

Druids also have a special connection with Divine spells. For druids, most of these spells are connected to natural elements. Druids can cast spells to control and predict the weather, as well as connect with flora and fauna.

There is some overlap between cleric spells and druid spells. Like clerics, druids can also cast spells for healing and can attack enemies. But their offensive spells still largely revolve around nature. Unique offensive divine spells include harnessing lightning and summoning animals.

What are the schools of magic in D&D?

The School of Abjuration includes spells to protect and defend. While these may not be your first go-to spells in D&D, they can actually be quite useful, and surprisingly effective as well.

The School of Conjuring allows you to summon objects or creatures. It can also be used to make an object or creature disappear. However, do note that the Banishment spell is in a different school.

The School of Divination includes spells that reveal secrets. Think of these spells as a form of espionage. Such D&D spells provide access to locate invisible enemies, learn secrets, and general knowledge. There are specific spells for both comprehending ancient writing and being able to identify different items.

The School of Enchantment in D&D enchants other creatures and objects. The main focus here is altering another’s mental or emotional state to use to your own advantage. Many players may point out the similarities between spells of enchantment and spells of hypnotism.

The School of Evocation is especially helpful for offensive spells. At times powerful, these spells also harness elements of heat and ice, along with acid, to inflict damage. However, there are several healing spells too.

The School of Illusion toys with the five senses, as well as physical states of being, especially how one is perceived. These D&D spells are useful for confusing, conflating, disguising, and misleading.

The School of Necromancy is focused on spells that connect with, engage, or use the undead. However, a broader way to understand this D&D school of magic is to think of it as playing with energy balances, and blurring lines between life and death.

The School of Transmutation is best thought of as focused on methods of transformation. In other words, these D&D spells change the physical properties of both people and items. This also allows items to adopt new abilities, such as levitation.

Read related spell guides and how to play them:

How do you get components for DND spells?

Before you cast spells, you’ll need to check if they require certain components. Components are both material and non-material, depending on the component type. Each spell that requires components will have an abbreviated annotation specifying what components are required.

Divine components come from items that are associated with spirituality. However, a cleric, paladin, ranger, or any character with a natural connection with Divine Magic already possesses innate divine components. A F/DF or M/DF notation indicates a focus or a material component for arcane magic. However, divine focus components are also used.

Focus components are unique in that they do not deplete like other components. They are easy to obtain and can be acquired for a small fee from a spell component pouch.

A material component is any physical material or item that is kept in your component pouch. These deplete quickly based upon the spell cost, but also are quite affordable.

Somatic components are a bit odd in that they are measured by your hand. You are required to have one free hand (or both).

Verbal Components are spoken. Rules require a bold, clear voice, though a silence spell renders this less effective. With a silent spell, there’s up to a 20 percent chance that you will not be able to cast a spell.

Some spells also require an XP cost. These are normally for the most potent spells and work in the same manner as material components.

Question: What are good spells for bards?

Answer; The best spells for bards depend both on the campaign and your main objectives. However, popular spells for bards include those focused on traveling faster and controlling your enemies through enchanting spells.

Answer: D&D spells within the School of Transfiguration change deeper but also surface-level appearances of people and objects.

Question: What spells do force damage?

Answer: Spells that provide the most force damage in D&D are typically in the School of Evocation. These include using heat and ice, amongst other capabilities.

While this is a general overview of spells and systems of magic within Dungeons and Dragons, you’ll find that there’s plenty to explore. These cover the basic spells, but there is a world of additional spells that are considered less conventional.

Spells can make or break your gameplay strategy and be helpful for defending, attacking, and transforming. 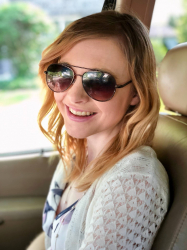