Necromancy: Bringing families together since 1st Edition D&D. Or something like that, at least.

While typically necromancy is frowned upon in most fantasy realms, and dungeons masters almost always reserve it for the Big Bad Evil Guy of the adventure, necromancy has been my favorite school for spellcasting since I first picked up the Player’s Handbook for 3.5 Edition. And the most iconic way to represent a necromancer is by doing what they do best: raising the dead.

But how exactly do you raise the dead from their eternal slumber? Or, what if your beloved friend has fallen in battle and you wish to return them to this mortal realm?

A Note about Death

The spells and abilities mentioned here strictly involve raising the dead, as in returning them from the grave as some form of undead. Some spells can bring the dead back to life but those spells come at a great cost (in spell slots and material components) or are incredibly restrictive.

If you’re trying to bring someone back to life without being undead, you should look into Revivify, Raise Dead, Resurrection, and True Resurrection.

What classes are best?

There are a whopping Five spells that have the ability to bring back the dead in one way or another. Most of them are available to specific Cleric domains and School of Necromancy Wizards. Warlocks can learn a few of these spells, but if you want to master the undead you’re better off with other classes.

Note: I would recommend speaking with your Dungeon Master before deciding on this subclass since this is not fully fleshed out for a typical player character.

Clerics only get two ways to raise the dead, specifically if they are in the Death domain. Life Domain Clerics will have access to the “restoration of life” spells, but not the cool reanimation ones we’re interested in. Also, don’t be fooled by the Grave Cleric. They are inherently against raising the dead and don’t have access to the same spells. The one we’re eying here is one of the recommended Villain NPCs from the Dungeon Master’s Guide.

Death Clerics get access to Animate Dead without preparing it at 5th level and have access to Create Undead at 6th level as well. Paired with the beefy proficiencies that Clerics come with, they can stand in the front lines with their reanimated friends to fight their own battles, unlike Wizards.

While Clerics may not have the full suite of spells to raise the dead as zombies, I would like to give an honorable mention that they do have access to the only spells in the game that can bring a dead thing back to life (and not an undead monstrosity). Revivify, Resurrection and True Resurrection all are in the Cleric’s toolkit and can prove immeasurably useful.

Unfortunately, that’s the only spell they get aside from Create Undead later on. They do get some of the offensive Necromancy spells, and a suite of utility spells as well. Paired with their innate beefiness, Death Domain Clerics make a great frontline with undead buddies, but you won’t have as many (or as powerful) buddies as our other option in 5th Edition.

These bizarre druids also manage to come with some reanimation spells, namely the ability to use fungus to animate the dead. They’re given Animate Dead at 5th level, and at 6th level, they gain Fungal Infestation, their most powerful ability to raise the dead.

While the range is pretty small, and it requires you to use your reaction, this ability is only limited by your Wisdom modifier and not a spell slot, which makes it useful as long as you have a high Wisdom stat. The downside is that these zombies only last for an hour, and can’t do anything but attack.

Wizards get the true Necromancy spells we’re looking for, only having access to the spells that either create undead from fallen enemies (volunteers?), or spells that convert our foes into our undead friends. As a bonus, they also make your undead minions much more powerful than typical zombified flunkies.

School of Necromancy wizards have access to Undead Thralls at 6th level, which allows them to learn *Animate Dead, *****as well as getting three more benefits when casting the spell:

These three boons make it really appealing for raising the dead, as not only do you get more zombies, but they’re also stronger! Wizards also get access to Command Undead at level 14, meaning they can wrestle control of other people’s undead lackeys and add them to your collection, like a weird smelly Pokemon.

Wizards also get access to two spells that, when they kill an enemy, raise them as newly animated zombies that you may or may not control. We’ll cover these specific spells later, but be aware that Clerics do not have access to these powerful spells.

Warlocks are in a unique spot here since they might have access to some spells that can raise the dead, they don’t have any class abilities to work in tandem with their undead minions.

They have access to the higher end of necromancy spells such as Danse Macabre and Create Undead, but they lack the most basic (and honestly essential spell): Animate Dead. Paired with the Warlock’s innate lack of spell slots, they aren’t suited for a full-blown zombie factory.

While you could circumvent some of this by multiclassing into Wizard, there isn’t anything to gain here compared to just picking another class.

I’d like to mention two more possibilities to raise the dead, but they aren’t all that worth it in the long run if you just want to have a massive zombie army.

Oathbreaker Paladins have access to Animate Dead and can use their Channel Divinity to control undead in a similar way to School of Necromancy Wizards. Unfortunately, that’s all they get.

Plane Shift: Zendikar – Vampire Race has a neat little feature called Blood Thirst that can return slain enemies as a null, Zendikar’s version of a zombie/vampire thrall. However, it only deals 1+1d6 damage and it must kill the enemy for them to turn into a thrull, which means it’s very difficult to get the final blow.

Between the three options, School of Necromancy Wizards offers much more flexibility and power to someone who wants to raise the dead but lacks the powerful crowd-controlling effects that other schools of magic offer.

On the other hand, Clerics don’t offer the same amount of spells to raise the dead, but they do offer much more utility overall and can pack a hefty punch with some Channel Divinity. Plus, big evil Clerics in heavy armor do sound badass and subverts the trope of your typical necromancer.

Most of the time, if I am planning to play a character who wants to raise the dead, I am 9 out of 10 times going to pick School of Necromancy. It’s just better equipped overall and lets me live out my fantasies of ruling over the countryside.

How exactly am I raising the dead?

Now that we’ve squared away our class options, let’s talk about the spells in which to raise our undead army. These are all great spells that offer different ways to reanimate corpses, with two of them being high damaging spells as well as reanimation spells.

The most basic of spells, you simply pick a corpse within 10 feet and make it your new friend! Casting it at a higher level allows you to add two more targets per spell slot above 3rd. This gives you the most undead for your money and is truly a cornerstone of necromancy.

Also, remember School of Necromancy Wizards get to add this spell to their spellbook for free at 6th level through Undead Thralls, target an additional corpse, and also their zombies are stronger overall.

Xanathar’s Guide to Everything p.163

Probably my favorite spell on this list, purely for the chaos. This spell, when it deals a fatal blow to an enemy, they return as a zombie on the next turn and attack whoever is closest to it. Now, it’s really important to note that you do not control this zombie. It purely just attacks whoever is closest. Now, since you have to be a School of Necromancy wizard to cast this spell, you do have the option to Command Undead and assume control of this zombie.

Xanathar’s Guide to Everything p.153

Have you ever wanted a zombie army right now? Danse Macabre does exactly that, by giving you up to five undead friends for up to an hour (with concentration). While this does mean that this friendship is temporary, they do get a bonus to attack and damage rolls equal to your Spellcasting Modifier. As you up-cast this spell, your army-in-a-can gets even larger.

This spell is great in a pinch, but it’s hard to rely on for long-lasting friendships since these undead will cease to be once the hour has passed. However, being able to bring up a bunch of recently-deceased foes can always prove useful.

Animate Dead’s big brother, Create Undead allows you to get bigger and better ghouls in your army. They’re actually ghouls too, with a different stat block compared to other reanimation spells that create zombies.

Ghouls have a higher AC than your zombies deal more damage and a few stat changes. The biggest difference is their Claws attack, which deals a little less damage than their Bite attack but has a chance to paralyze the enemy for a full minute.

The catch is that these will not be affected by Undead Thralls which means they don’t get the bonuses that Wizards get, so you’ll need to keep that in mind when you are deciding between which spell to prepare.

When in doubt, give ’em the finger.

This is a huge damaging spell that, if it strikes and kills a humanoid, returns them as a zombie permanently. Just like Negative Energy Flood, but without the need to use Command Undead to keep them around. There’s not much else to this spell, but for a 7th level spell it takes a long time to get there, and there are usually better options for damage at that level.

Question: Who can raise the dead in 5th Edition?

Answer: School of Necromancy Wizards, Death Domain Clerics, Oathbreaker Paladins, and Warlocks all have access to spells that can create zombies with at least one spell.

Raising the Dead in Dungeons and Dragons 5th Edition isn’t exactly a complex task, and players are given a wide variety of class options to get the job done. Depending on your Dungeon Master’s rules and the setting your campaign takes place in, you’ll be able to start your collection of undead minions in no time. Just be sure to weigh all your options, and speak to your Dungeon Master to maximize your experience.

Question: what is the best class for a necromancer in 5th edition?

Answer: School of Necromancy Wizards is the best choice to make a necromancer character. They have the largest spell list available, and most of their class features enhance your undead minions in some way.

question: what’s the best way to raise the dead in DnD 5th edition?

Answer: Animate Dead is the best spell to raise the dead and is available to several classes. It scales well with higher spell slots, and School of Necromancy Wizards get stronger zombies through their class ability. 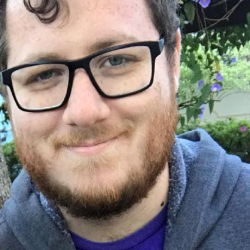 Jeff Nabors
There’s nothing in this entire world that Jeff Nabors loves more than Dungeons and Dragons. Ever since 3.5 has been around, Jeff’s devoted himself to this game. Not only does Jeff love DND enough to devote hours of time to playing it, but he also has his own podcast devoted exclusively to DND. No matter how challenging your DND questions may seem to you, Jeff’s going to have an answer to help you succeed.