There are some leaders out there in both the world of Faerun and our real-world would move mountains with a single word. With the use of the Command spell, you can be one of those leaders too! With a single word, you might be able to get yourself out of a tricky situation, draw danger towards you instead of the squishier party members, and even make deadly foes run away in fear.

That being said it does have some limitations, and places where it isn’t the best spell to be used. Regardless, here is our Command 5e Guide.

What Is The Command Spell?

According to the spell’s description in the Player’s Handbook:

You speak a one-word command to a creature you can see within range. The target must succeed on a Wisdom saving throw or follow the command on its next turn. The spell has no effect if the target is undead, if it doesn’t understand your language, or if your command is directly harmful to it.

Some typical commands and their effects follow. You might issue a command other than the one described here. If you do so, the GM determines how the target behaves. If the target can’t follow your command, the spell ends.

Let’s break the spell down

First, it is a 1st level spell that is available to the Clerics Class and Paladin Class only. This is very interesting because whenever you think of spells you think of wizards and warlocks, but this spell gives more for clerics and paladins to do rather than just to heal and smite undead.

It has a range of 60 feet and only a vocal component, which is the single command word being said. It also only lasts for one round, and the command is not carried out immediately, but rather on the affected creature’s turn. Finally, the affected creature can succeed on a Wisdom saving throw to ward off the effects.

So you won’t be able to make someone walk off a cliff or into a trap, or harm themselves or others. That being said though, it is still a very useful spell, especially whenever you cast it with a higher spell slot and can command multiple creatures at the same time.

What Commands Can You Give?

Having a single word command can be a bit tricky for the spellcaster to figure out. Aside from the given commands that are inside of the spell, what else could be a good command word? It needs to be a single word, it needs to command the target to do something, and it needs to be understood without any additional context. It also can’t be directly harmful (although indirect harm is fair game).

To figure out what words you can command creatures with, many players turn to what they tell their pets. Pets need to be able to understand commands in one word, so you can look at those examples for the spell.

For example, you could tell an enemy to ‘sit’ ‘stay’ or even to ‘retrieve’ a thrown item. Watching a very angry bandit sit on the ground, stand stock still, or even run after a thrown ball could be very comical. Another thing you could do is say words like ‘sunder’ or ‘betray’

These would be at the DM’s discretion, but perhaps sunder could have the enemy break or attempt to break the weapon they were holding. Betray might not have the enemy turning turncoat for around, but they could refuse to fight. If you cast a command of ‘betray’ on a wizard, then they might cast a harmful spell and make sure their allies get caught in it. Or they could not use a buff or healing spell.

This could add some roleplaying a potential consequences to encounters, especially if you command multiple foes at once. Having one half of an enemy group suddenly stop moving or betray the other half through inaction can be very exciting if infighting starts!

Different Uses For Social And Combat

The command is one of those rare spells that can be used both during a combat situation and also outside of combat for social interactions. You can easily use the spell for both, especially whenever sticky situations are experienced by the party. For example, if the party manages to corner a thug or informant that they need to pump for information, they could cast this spell and order him to confess.

In most cases, the spell lasts one round (about 6 seconds), and while some DMs stick to that rule others will break it. They will allow the NPC to confess for a bit longer than six seconds, or force the casting character to maintain concentration on the spell to keep it up. Other DM’s have the affected character make a wisdom saving throw after every couple of sentences to see if they can ward off the command.

Other DMs will simply have the NPC confess everything; about their love life, their favorite food, if they’ve been cheating at cards, and every dirty secret under the sun except what the characters want to be confessed. After all, the word confess is rather ambiguous!

Another way that the command spell can be used is if the characters need to get a signature from a merchant or have a contract signed. Casting the spell and saying the word ‘sign’ can force someone to sign the contract for you.

You can also say ‘eat’ or ‘drink’ to make someone eat or drink potentially poisoned food. Because they don’t know that the food is poisoned, it is classified as indirect harm and the spell will work.

Most of these are social uses, but there are some fun ways you can use the spell in combat rather than for social roleplaying. Here are some of the best combat uses that you might not have thought of, and they are a lot more interesting than telling someone to ‘stop!’

One of the coolest words that you can say during combat (or if the party finds themselves in prison) is ‘Deactivate’ or ‘Release.’ Especially if you concentrate on a spell caster on the enemy side. You might be able to force them to drop a concentration spell that they are using on your party, which can be very beneficial and will turn the tide of battle. There is a chance that your DM could change the meaning of the word and keep the spell up, but for the most part, you can stop the spell.

‘Undress’ can be another cool word to use, especially if your target is in heavy armor. It takes ten minutes to doff and don heavy armor and five minutes for light. Even if they just fiddle with their clasps and buckles, they aren’t fighting your party and it will be a good distraction. 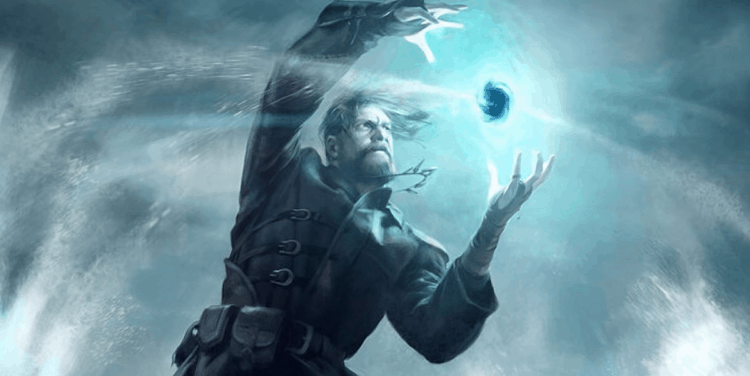 ‘Defenstration’ is a good player favorite, which basically means throwing something out a window. The commanded enemy could throw out a weapon, shield, or something else, but sadly they won’t throw themselves. Still, if you are in an area with a few windows, it can be a very fun command to give. Just make sure they don’t throw out something important that could hit someone on the way down!

‘Fall’ or ‘Trip’ can be another interesting spell, especially when cast at higher levels and targeted at opponents who are climbing things or are on horseback. They will fall off and take damage. While some DM’s might rule that this is direct harm, it does depend on the DM. If they are on foot, then falling is much less dangerous and the characters will fall prone for a turn.

Question: Does My Target Have To Hear Me?

Answer: Admittedly this is more common sense, but the rules don’t actually state that your target needs to hear you. All they state is: the spell has no effect if the target is undead, if it doesn’t understand your language, or if your command is directly harmful to it.

The ability of the target to hear you is not written, and some DM’s and players tend to think that this means the ability to hear is not a factor. They argue that the magic itself is what causes the target to follow the command, and the command word is just a trigger. It’s up to your party, your own house rules, and your interpretation as a dungeon master.

Still, common sense states that your target needs to hear you, after all, if they can’t hear the word how does it work anyway?

Question: Does The Target Know They Have Been Commanded?

Answer: Much like the charm spell, after the spell wears off and the round is over, the target will know that he has been commanded. If you command a merchant to sign over legal ownership of his business to you through using the word ‘Sign’ as your command word, the spell will wear off. Then they’ll probably use everything they can to get their business back!

Similarly, if the target is in a position of authority compared to your characters, they might have to follow the command but that’s not something they have to be healthy about. Plus, they tend to have higher wisdom scores, so they will be even angrier when they get commanded to do something they don’t want to.

This can add some consequences to using the spell for social play. It’s a first-level spell so most clerics and paladins will be able to use it right away, but having consequences will prevent them from abusing it. Make sure to make it clear that the spell will wear off and its victim will know that it has been commanded, or doesn’t, and watch the fun as things backfire on the characters!

Question: Should I Use Command On Large Groups?

Answer: Once you can use the command spell with a 2nd level spell slot or higher, you can use it on larger groups. Generally, this might be for a combat spell, as you can command a group of enemies to ‘stop’ ‘disrobe’ or ‘sunder’ and they will do so until each of the ends of their turns, giving your party some much-needed breathing room.

Still, it is up to you. Most players find that the command spell is very situational, and they often choose to use it or not use it depending on the situation. That being said, don’t burn the spell slot if you do not have to, oftentimes commanding just one person is good enough.