You just created a new wizard, and with your party, you decided to go into that terrible dungeon that the locals had talked to you about. You walk carelessly, something akin to your character.

Your cocky wizard thinks itself too smart for the basic goblins, but a trap is set, and you get your face burned. As you stumble back in shock, your face seams melted. A moment later, you rip the crispy part of your face like nothing, revealing a clean face just above. Thank god you have that little trick as your backup.

Now and then, on the internet, someone posts a story of how their character was saved by just 1 hit point. That deadly battle with the treant could easily have been lost if not for that lucky bit of health left in the sorcerer, that let him cast a quickened fireball spell. This recurrent theme talks about the fact that every hit point matters, especially at lower levels. And False Life is just for that. Continue reading our False Life 5e Guide to find out more.

How does False Lifeworks?

False Life is a 1st level necromancy spell from the Artificer, Sorcerers and Wizards spell list. The casting time is 1 action, the range is self, the components are verbal, somatic, and material and the duration is one hour. The spell’s effect is as follows:

“Bolstering yourself with a necromantic facsimile of life, you gain 1d4 + 4 temporary hit points for the duration.”

At higher levels, you gain 5 additional hit points per spell level. Which makes it just fine most of the time.

Breaking down the spell

False Life is a 1st level spell, making it appear early in-game as a good and cheap resource to bolster your hp. This, combined with his upcasting capabilities, makes this spell a reliable form of keeping you alive that extra edge. With that said, later we’ll see why is mostly relegated to lower levels of play.

The casting time is an action, which makes it a little expensive during combat. Wasting a whole action to have a bit of extra hit points is not really worth it. That is why this spell is usually best used before combat or at the very beginning of it.

Range of self means that you can’t share those hit points… you, selfish wizard.

This spell has all the components, which, again, makes it even harder to use during combat. If the opponent takes your spellcasting focus or your bag of materials, or if you are restrained, you can’t cast this spell. Later we’ll discuss the importance of the material component for role-playing purposes.

The school of magic is necromancy, and this has some tiny implications that could vary a lot from campaign to campaign. This school of magic is usually associated with dark magic, undead, demons. In some settings, even the use of this type of magic could be considered a heretic. Nonetheless, necromancy is also the school of resurrection, which means that this spell could play more with the manipulation of life itself than a dark tone of forbidden magic.

Just math and a few statistics

With 1d4 + 4 as the base, this spell has an average of 6,5 hit points at level one. Wizards and Sorcerers have an average of 8 hit points (depending on the constitution) at level 1. This is giving them like 80% extra survival chance. At this level, the adventuring party would be fighting creatures with an average damage per round of 11,5 (depending on the CR). This spell would literally save these wizards’ life at these levels, most of the time.

Now let’s level up a bit. At the third level, the average HP of the same Wizard of Sorcerer would be 19, and False Life at 2nd level would give him 11,5 extra hit points on average. This would be a 60% increase. At the 5th level, this gets even lower, with an average HP of 32 and an extra 16,5 it is a bit more than 50%.

As we see, the spell gets worse and worse as we level up. Monsters with CR 5 deal an average of 35,5 damage per round, which means that the spell would have been helpful but not nearly as much as 1st level.

This is the biggest problem with False Life. Unlike spells like Find Familiar or Shield, it does not help that much as we level up as a player and in that way, it becomes a useless spell at higher levels. This being the case, though, the spell is still worth considering securing your character through the first levels of play.

Who can use False Life?

First, False Life is a spell available for Sorcerers and Wizards in their respective spell lists. This is pretty fitting for these two classes because of their squishiness. Having an average of 6 hit points or life at each level, depending on the casting, is almost doubling the HP of these spellcasters. You probably would never cast it with a spell slot higher than 5th, but nonetheless, this is still 30ish hit points.

Another fantastic way of getting this spell is with “Fiendish Vigor”, an Eldritch Evocation available to all Warlocks. Keep in mind that this variation only lets you have this spell as level 1, but it doesn’t use space slots and is at will.

This variation basically gives you 8 hit points whenever you need them. For lower levels, this is awesome, but not so much from like 5th level on. From that point, you can get better ways of survival, like a level 3 Armor of Agathys for example. Also, Warlocks of the Undying Patron can pick the spell from their spell list.

Moreover, subclasses that peak into the wizard spell list, like Eldritch Knight or Arcane Trickster, can have it. Clerics of the Death and Grave domain have it always prepared. Bards with their magic secrets could also grab it. As always with 1st level spells, you can grab it from the Wizard and Sorcerer’s spell list at fourth level picking the Magic Initiate feat, from the PHB. So anyone can use this spell if they want a little more survival.

As we’ve discussed, this spell is a great option for lower-level characters. With or without a good role with the d4, the HP that you gain is neat, and in most cases, it could save your life. The tanker your character is, the lower the impact of this spell. A barbarian, with his d12, probably would never benefit from it, but for a wizard, is a great pick, especially if you are a wizard that goes front into battle, like a Bladesinger.

With that said, such a spell is never bad, just suboptimal. A bit of temporary HP would never hurt you, but always be careful on what do you use your spell slots.

As we’ve said, False Life is almost never the best choice to use a higher-level spell slot. If your campaign doesn’t drain your resources too much, you could get more liberal with this spell, but if you’re playing a campaign in “hardcore mode”, such as when you need a day to have a short rest and a week to have a long rest, then dismiss this spell.

How does it look?

It’s time to be a little creative to use this helpful spell. Mechanically speaking, there’s not much someone can do with False Life to impact the game in a way other than giving survivability to the user. But even if that is the case, you should always give your own touch to your character.

Inspiration from the spell itself

The spell says, “Bolstering yourself with a necromantic facsimile of life […]”. That already should start to spark some lights. The “necromantic facsimile” could actually be a mask of your own face that is on top of your real one. Or maybe the spell creates a necrotic aura around your skin that glows red and is reduced with each hit you take.

This material could be used in a variety of ways, for starters you could drink it, and say that your character gets tougher when drinking. Maybe you make some mystical sigils on your body that fade when the alcohol evaporates. In DND 3rd edition, this was the way it was done.

There is always the case where you change the material component for another (talk to your DM, some may be very rigid about rules), or you always use a spellcasting focus, and in that case, the possibilities are endless. You are an aberrant mind sorcerer that uses his mind to fight and your spellcasting focus is a figurine in the shape of a brain, and when you use False Life, from your forehead a blue light erupts and marks the veins of your head.

We can always see one movie or TV show once, see something and go “That looks cool!”, but never really have the opportunity to know how that feels. Some magic of DND comes from the possibility to copy parts of our favorite shows and make something new that we can have fun with. False Life could fulfill that fantasy if we are creative enough.

Terminator is an assassin robot who uses a false appearance to walk through normal people and not elevate suspicion. You could be a Warforged Warlock with the Fiendish Vigor and Mask of Many Faces Eldritch Evocations, and use them in tandem.

Frozen’s Elsa is a powerful sorceress that uses gelid magic to create all sorts of wonders. Some of those wonders have a life of their own, and others are permanent effects. You could have a little snow cloud above you that sprinkles snowflakes and slow upcoming attacks, diminishing their effects.

In the anime “Naruto”, Gaara is a character that uses sand to fight and at all points, his entire body is covered with a thick layer of dried sand. In DND, his spellcasting focus would be his hourglass-shaped vessel, and of course, the rest of the spells could also be sand-themed.

In the classic game of Mario Bros, when a character eats a mushroom, he grows a little and gains the capability to survive one hit from an enemy. Maybe your Grave Domain Cleric grabs mushrooms that grow on the corpses he kills and when he eats them, he grows just a bit and gets a bit of life.

Question: Can I stack false life with itself?

Answer: No. False Life gives Temporary Hit Points, and those Hit Points can’t be stacked with each other. The only way to gain more HP with this spell is to cast it with higher-level spell slots.

Question: Can I stack false life with Aid?

Answer: Yes. Aid is a 2nd level spell available for Clerics and Paladins that increases the maximum hit points of the targets. That means that it doesn’t collide with any spell or ability that gives temporary HP, which includes, of course, False Life.

Question: Can I stack false life with Armor of Agathys?

Answer: As said before, you cannot stack Temporary Hit Points. Armor of Agathys is a 1st level spell that gives Temp HP to the user and a cold aura that harms enemies.

The spell specifies “If a creature hits you […] while you have THESE hit points, the creature takes 5 cold damage.” Rules as written, once you lose that hit points, you lose the aura. Nonetheless, someone could interpret that it refers to Temporary HP in general, and in that regard, you could keep replenishing the aura with other spells. But this requires talking with your DM and see how it’ll be working. 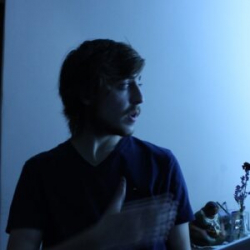 Mariano Marco
Mariano Marco is no Wizard but is a passionate DND character nonetheless.  Not only does Mariano have experience playing as characters, but they also have experience building worlds!  If you’re a reader looking to enhance your experience and knowledge with all things related to DND, Mariano is here to deliver.