Ah, Bandits. Such a staple of DnD, and for good reason. They’re fun to roleplay, easy to run as monsters, and can generate an entire adventure if PCs decide to take down the Bandit Captain.

I’ve run plenty of Bandits over the years as a Dungeon Master and, like most DnD players, encountered plenty on the road as a player too. As with any ‘monster’ NPC, I try to make my Bandits a bit more interesting for players.

A one-off encounter on the road can still be an interesting fight and can even turn into a fully-fledged adventure, so this article covers both the basic info and specific advice from my experience running Bandits in DnD games.

This Bandit 5e guide covers everything you need to know about Bandits in 5e, from essential stats and attributes to advice on how to run these scrappy villains. As always, there’s no need to make Bandits a boring, humdrum enemy, even if they are an old-school DnD ‘monster’.

Bandits are a common enemy in Dungeons & Dragons that PCs will encounter on the road or in forests as they travel from place to place. They aren’t especially difficult (a 1/8 challenge rating), but they rely on numbers and have a tougher Bandit Captain with them (with a 2 challenge rating).

Pirates are essentially the Bandits of the seas, so seafaring D&D campaigns will have these instead, but the mechanics remain the same.

The most important thing to remember as a DM (and a player) about Bandits and Pirates is they have two motivations: loot and their lives.

Bandits are a classic fixture of DnD, thanks to their roots in medieval history. These men (usually) were often outlaws, on the run from the law, or simply marginal figures who were ‘masterless’ and so lived on the outskirts of society.

Bandits were popular figures in poems and ballads in the medieval and early renaissance periods, including ‘good’ bandits like Robin Hood. As both real and imaginary figures in the popular imagination, it’s no surprise they feature so often in traditional medieval-inspired Dungeons & Dragons.

In DnD, Bandits are usually human, always humanoid, and travel in large groups to attack unsuspecting travelers on the road and extract gold from them. They are not the smartest nor the toughest enemy, but they are scrappy and often appear in large numbers.

Typically, PCs will encounter a group of Bandits with a Bandit Captain. The Bandit Captain has their own set of stats and actions, so be sure to distinguish between them in your games.

If you’re DM’ing a DnD game, Bandits will inevitably appear as enemies at some point. They’re a good random encounter whenever PCs are traveling between locations and make excellent enemies for early level PCs who may need to take down a local Bandit Captain.

As per the Monster Manual, Bandits have two typical attack actions. Which one they take depends on whether they’re using a melee or ranged weapon.

As you can see, Bandits are a pretty simple enemy to run, but they don’t have to be boring. In the below sections on Roleplaying Bandits and Bandits in Combat, I’ll expand on ways you can make these villains more interesting for your players.

Here’s the essential info on Bandit attributes and stats provided in the Monster Manual: 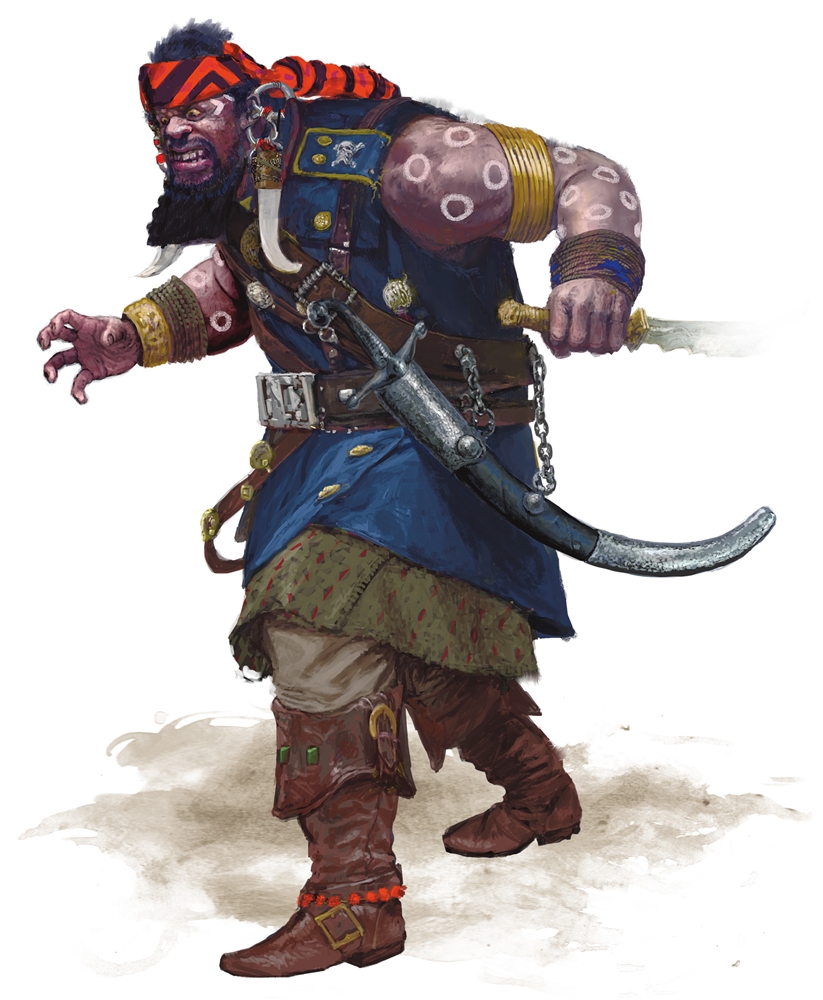 Bandit Captains are tougher than their inferiors and may have an additional motivation: infamy. While the standard Bandit only cares for loot and their life, Bandit Captains may want to make a name for themselves and their gang.

By inspiring fear on the roads, they may be able to make travelers more likely to surrender money rather than put up a fight.

Bandit Captains can make either a ranged or melee multiattack. The options as given in the Monster Manual are:

And one melee weapon attack with a Dagger:

Bandit Captains can also react with a Parry. When a melee attack made by a creature that Bandit Captain can see is made against them and would hit them, they add 2 to their AC against that attack, so long as they are holding a melee weapon.

For the tougher Bandit Captain, the Monster Manual provides the following attributes: 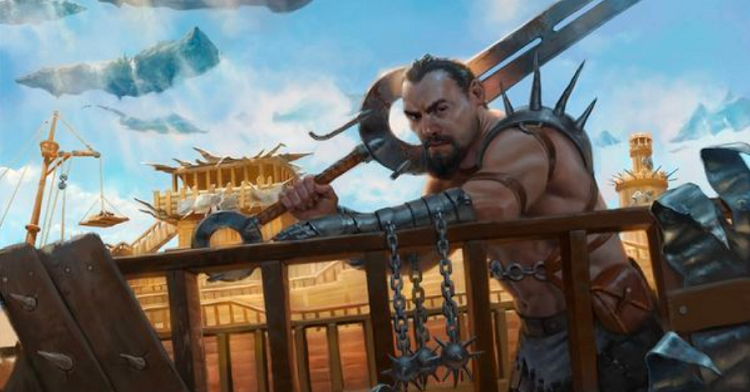 The actions and attributes of Bandits and Bandit Captains can also be applied to Pirates and Pirate Captains. The motivations for loot and, for captains, infamy, remain the same, but with the added bonus of a ship to protect and wield.

Pirates will have a more complex set of positions and ranks on their ship compared to Bandits, who may simply be a group of bandits with one captain. Some additional roles on a pirate ship to consider:

When running Pirate NPCs in my most recent campaign, I drew a lot of inspiration from classic pirate literature, such as Treasure Island and On Stranger Tides, and the Starz TV series Black Sails.

If you’re including pirates, especially in a Sword Coast setting, I’d highly recommend checking out these books and Black Sails and robbing them blind for ideas.

Bandits typically roam the roads and forests, jumping out on unsuspecting travelers. That means when your players are en route to a new location, Bandits are up there with wolves as classic monsters to deal with on the road.

Keeping in mind how many Bandits value their lives, it’s unlikely they will simply fight to the death. They will rely on their numbers and try to get the victims to surrender rather than killing them. And if things go south, will try to get out with their lives intact. 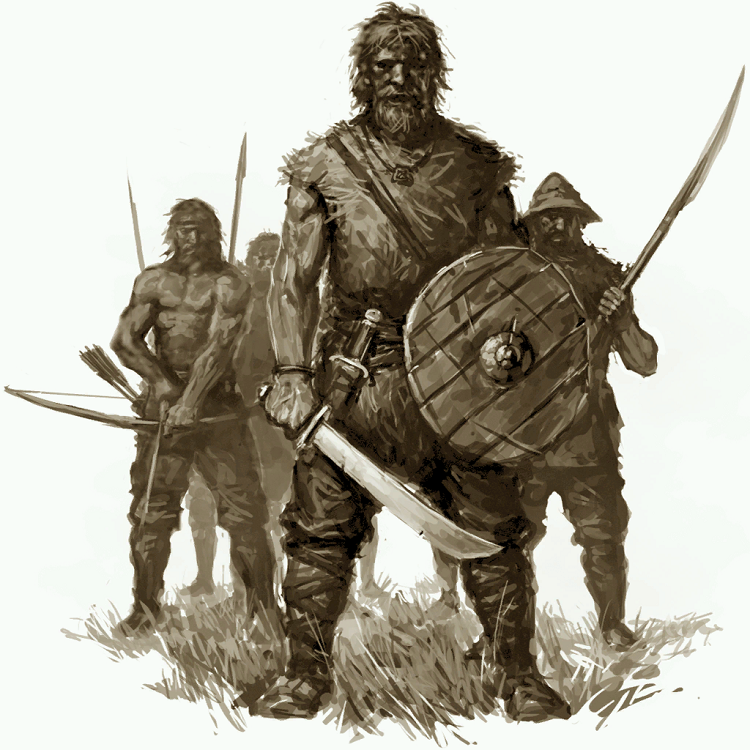 Sure, you can use Bandits as one-off encounters on the road, but you can also incorporate them more meaningfully into your world and even create adventures around them. Here are some ideas you could use in your campaign:

The One Bandit King

Bandits in these parts have always been a problem, but not one that ever inspired local authorities to deal with them. They were a menace on the roads but mostly left travelers robbed of gold rather than robbed of their lives. But things have changed lately.

Rather than roaming in separate groups, a giant bandit camp has been set up, one so large that a small army would be needed to take it. What brought all these bandits together?

They call him the One Bandit King, a mysterious but charismatic individual who has managed to unite separate groups of bandits under one flag. These bandits have been taking over towns, murdering nobles, and now they’ve set their sights on the city.

In search of a new hideout after the PCs rooted them out of their previous cave, this group of dastardly but not so smart bandits found what looked like a cozy abandoned temple. It even has wall torches that never go out! And these old coffins will make decent beds once the bones inside have been shifted.

Turns out moving bones in ancient temples sometimes sets off curses. What was once a goofy group of bandits that the PCs considered ‘defeated’ are now undead, more powerful, and after revenge. They’ll lure the PCs to their new haunt, kill them, and raise them again to join their gang.

The PCs thought they were dealing with a standard gang of bandits until zap — a sleep spell hits them, and they wake up with their belongings gone and their foreheads painted with a strange symbol.

Asking around in local villages, they discover that these weren’t run of the mill bandits. They’re followers of a strange prophetess of a chaotic god who has granted their captains magical powers.

These bandits aren’t just motivated by loot, and they’re much freer with their own lives now they are serving a religious purpose. If the PCs want to stop them (and get their stuff back), they’ll need to root out this Prophetess first. 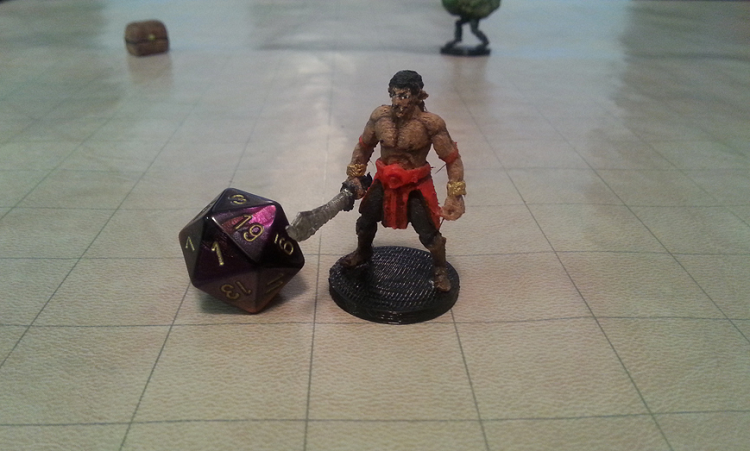 The PCs are hired by a noble to retrieve his fiancee, who went missing the night before their wedding. A few days later, a ransom note was sent with a lock of her hair. But this noble has already forked out enough money on his bride’s dowry and figures it’d be cheaper and more satisfying to hire some adventurers to kill the bandits and return her.

Except when the PCs find the bandit camp, things aren’t as simple as they appeared. Not only is the bride here by choice, she’s now the Bandit Captain, and returning her to her fiancé won’t be as easy as thought.

She may try to get the PCs to join her plan of extracting money from her fiancé for a share, or she might have more sinister plans for her hometown that the PCs can’t let come to fruition.

Question: Can I Play a Bandit in 5e?

Answer: Yes, you can certainly play a Bandit in 5e, although this should be done by customizing an existing class rather than using the Monster Manual attributes.

You might be a former Bandit or one on the run for his or her captain. Typical classes for Bandit PCs are Fighter or Rogue. You could homebrew a Bandit background to give yourself Proficiencies in Intimidate and Survival. =

Question: How many Bandits Should Attack Level 1 PCs?

Answer: For a medium-level encounter for level 1 PCs, I would advise one Bandit per PC plus a Bandit Captain. Use the Building Encounters guide provided in the Dungeon Master’s Guide (pp. 83-4).

Question: What Alignment are Bandits in 5e?

Answer: Bandits are usually a non-Lawful alignment, but I don’t fully agree with this. It’s very possible that a group or several groups of Bandits will abide by a Bandit Code. Pirates will certainly have rules and laws on board their ships.

Think carefully about Bandit motivations and backstories — is this just a roaming group looking for loot or are they run by a mad Bandit Captain with an evil plan?

Bandits are about as basic as it gets when it comes to DnD ‘monsters’. They have basic actions and stats, making them easy to deal with even at low levels and very easy to run as a DM. But just because they’re your basic bad guys in DnD, it doesn’t mean they have to be boring.

By using a wider range of tactics for Bandits, like negotiating before or instead of combat and using Dodge and morale checks during combat, you can add variety to Bandit encounters.

And while their loot and their life motivation keeps things simple, there’s no reason why you can’t add a touch of world-building to even the most basic Bandit encounter.

Emily Rowe
Emily Rowe is an experienced writer who is a life-long gamer and DnD player. She creates content for a board game website as well as having her own campaigns and PRG systems. Emily runs and plays several different games and loves sharing her DnD experiences with other players here on Explore DnD.