Amid the battle, a cat darts around the field, rushing between enemy legs and attempting to trip those running. She’s moving too quickly to be hurt and runs to aid ally after ally, all under the telepathic command of her wizard. She darts across the middle of the battlefield, making a beeline to the area where the Barbarian is squaring off against the heavily armored Fighter. If she tries to trip him, she might take too much damage and poof back into the Feywild.

Knowing this well, the Familiar darts up some rocks and sits, waiting for the perfect moment and the command from her wizard. When it comes, she leaps from her perch and slams into the Fighter’s face, her little paws finding their way into his eye socket. She clings on for dear life as the fighter reels backward, both caught off guard and now blinded by the presence of furry paws against his eyes.

This gives the Barbarian the perfect advantage. Taking the higher of the two rolls, he just barely meets the Fighter’s armor class and manages to knock his opponent down to one knee. Although the Familiar took damage in the process, she did her duty in using her action to assist and give a much-needed advantage to the party’s Barbarian. Welcome to a Help Action 5e Guide.

The help action allows you to give players advantage on their next strike during battle or advantage on ability check rolls. Players can give it to each other, and, if commanded, a familiar can assist other players both inside and outside of combat.

Not every situation allows for the help action to be used, however, but it doesn’t hurt to ask! Even familiars can use their action during combat to help, which is the most use they really can be during a fight.

How You Can Help

There are a variety of ways that you can help someone and vice versa. Sometimes helping might require thinking a little outside of the box or waiting for the right scenario to come, but for the most part, it’s pretty clear where you can help and where you should help.

If someone is attempting to make an ability check and you feel that you have enough skill in that area to help, offer it and offer up the chance for an advantage roll.

One of the most common ways to help or assist another person is during perception checks. When on the lookout, either when settled down for the night or on the road, you and another player can team up to watch the world around you for anything notable.

Teaming up with another player allows for them to get advantage on their next perception check, which can be life-saving under the right circumstances.

This is one of the many reasons I heavily advocate for players to take night watches in pairs instead of alone – that and taking watches in teams really helps with player and character bonding.

However, you cannot help with every ability check. There is a chance that your Dungeon Master will want you to explain how you can actually help with this check, or they might just flat out deny your request. Regardless, it’s worth it to try – especially if you’re trying to persuade someone (like a hoity-toity noble) into fulfilling a request.

Pairing up into groups that back each other up is definitely one way to convince someone that you are all on the same page and have good intentions, though it’s not a guarantee. Regardless, with advantage on your persuasion roll, the DM can’t refuse if the dice roll high enough.

Using the help action in combat is where things can get a bit more tricky and may require a bit more creativity on your part. Though depending on the situation, it may be one of the only ways that you can help your allies.

For example, if you’re a Sorcerer, out of spell slots, and have the muscle of a peanut, it won’t do you good to make many melee attacks. Attack Cantrips are nice in this case, but the help action can be just as, if not more effective.

During combat, you can use your action to help another player’s character and give them advantage on their next attack. This essentially doubles the chances for that player to roll a natural 20 and to hit. If your melee fighters can hit harder than a 1d10 cantrip, I highly encourage you to take this option.

During combat, you can feint, distract the enemy, or draw their attention away to give your party members advantage. Taking the Help action only becomes all the more dangerous for your enemy if you have a rogue who can Sneak Attack.

It is time to celebrate, Wizards! Your familiar can actually use the help action. This means that you may not have to use your turn during combat (or time-sensitive situations) to help an ally. Instead, you can send your familiar to be a buddy for you.

Familiars are capable of providing your allies with advantage on their attack rolls through a variety of actions that don’t require any actual combat on their end. Familiars can distract the target or find ways to make your ally’s attack even more effective.

For those with touch-based spells that can boost your ally’s abilities, your familiar can quickly deliver those spells for you. Meanwhile, you can stay nice and comfy where you’re hopefully safe.

How You Can’t Help

Unfortunately, we can’t always help our friends. As much as I’m sure we would all love to give each other advantage all of the time, sometimes it just isn’t viable. Where two characters might be able to point out things to look at during perception checks or narrow the field of view you actually need to keep your eyes on, other tasks are just too difficult to achieve with two people.

Things like picking a lock might end up being too difficult if you have two people working on it. On the other hand, with tasks like these, there is no reason why you can’t just try again. Unless your lock picks break inside the lock and ruin it or you run out of lock picks, there really isn’t much of a reason not to try again. In cases like these, advantage from assisting is not that necessary.

Other tasks you may not have the skills to help in. If your charisma is horrible and you’re attempting to help with a persuasion check, you might end up doing more harm than good.

If you have an absolutely horrible perception, you might be able to get away with helping someone else out for a perception check, but on the whole, you might be better to leave it for someone with a higher Wisdom.

That’s not to say you’re useless and shouldn’t help, but figuring out where you can best aid and best be aided is all to the benefit of playing toward your character’s strong points. However, trying to justify how you can help when you theoretically can’t, can end up being a very funny and memorable moment.

Turning an Action into a Bonus Action

For most players, the Help action can only be used as a regular turn rather than as a Bonus Action. However, if you’re playing a Hobgoblin, you can access the Fey Gift trait, allowing for you to use Help as a Bonus Action.

Hobgoblins get a few extra benefits from doing this as well, gaining additional movement speed or temporary HP. The downside is that you can only do this a certain amount of times per long rest.

If the Hobgoblin isn’t appealing, however, you can also play as a Mastermind Rogue. Taking this subclass allows for you to take the Help action as a Bonus Action instead.

Unlike Hobgoblings, Mastermind Rogues can do this as many times as they want and are able to help someone up to thirty feet away from them.

Think Outside the Box

Let’s assume you and another player (or even an NPC) have half-proficiency in a language. Although not common, it’s not impossible! In a case where you need to translate something from this language for your party or for someone else, it may help if you were to assist each other in the translation process.

It’s the same as if you were learning a language or attempting to translate something you only held partial fluency in for real life. Having someone else there, whether they’re the same language level you are, slightly lower, or slightly higher, helps!

People grasp different concepts in language. You may find you have an easier time translating and understanding the context or connotation of something easier together than you would going about the task alone.

You don’t have to be doing the same thing as your counterparts to help either. In social situations where you are attempting to persuade someone, and multiple people are helping, there are other ways to get advantage for the rolling player. Where one might be attempting to persuade, depending on the situation, other players could intimidate, show off skills, or use discreet spells to help.

If you’re in a risky situation with a tough-as-nails group and you’re trying to weasel your way out of it, a little bit of persuasion mixed with some intimidation could be the way to go. Not only can you make them think that your group is tougher than theirs, but it might help to get them off your backs for a bit, thinking that your group bears no ill-will toward theirs.

Question: Can I use the Help action as a bonus action?

Question: Are you able to Help yourself?

Answer: No, you can’t. Considering that the action expires at the start of your next turn, it would be wasted before you could use it. It gets a little fuzzy around the edges with familiars, so rules for that may vary from table to table. I recommend talking to your DM about whether or not your familiar can help you, but don’t feel sad if they say no – your little buddy can still help your friends!

Question: Can you ready a Help action?

The Help action can be, and often is, overlooked. It can be a complete game changer that, based on the situation, can completely alter the outcome of a campaign. Whether you’re trying to convince a noble to give you more money and help, or you’re giving the Fighter a better chance at hitting the highly-armored enemy, the Help action is genuinely very useful.

It can be difficult to think quickly on your toes when you’re playing DnD, and opportunities are often missed. Next time you see an opportunity to help, though, I recommend you take it by the fist and refuse to let it go – even if you have to make a hilariously wild explanation for how your help will actually benefit the rolling player. 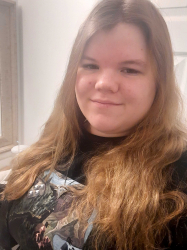