The quiet of a Faerun night was suddenly destroyed by the sounds of battle. Horns were sounded, drums were beaten, and cries filled the moonlit sky.

When the orcs saw their foes, however, they laughed.

Kobolds dare to attack orcs in their own lair? How foolish! Any orc is as good as three kobolds!

The orcs did not laugh for long.

The orcs fired their arrows and stabbed with their spears, and yet, the unthinkable happened. The kobolds kept coming! Even worse, it appeared that many kobolds that were hit with orc arrows and spears should have died, but simply didn’t.

What dark magic is this? They don’t look like zombie kobolds.

Depending on how your DM interprets the feat’s description, Inspiring Leader allows you to grant temporary hit points to a party or even a small army.

Who Can Use Inspiring Leader?

Any character of any D&D class can buy the Inspiring Leader feat provided that the character is 4th level or higher and has 13 Charisma or higher.

How Does Inspiring Leader Work?

The effectiveness of this feat depends on how its description is interpreted. Therefore, I’m not going to paraphrase the description. Rather, I’ll it quote verbatim as it appears in the PHB (Player’s Handbook) on p. 167.

You can spend 10 minutes inspiring your companions, shoring up their resolve to fight. When you do so, choose up to six friendly creatures (which can include yourself) within 30 feet of you who can see or hear you and who can understand you.

In parenthesis are the actual Charisma scores that would have that modifier. The numbers in the cells represent the number of temporary hit points granted to beneficiaries of the character’s Inspiring Leader speech.

Example: Wan Tei the yuan-ti pureblood sorceress is a 4th-level character with a 16 Charisma (+3 modifier). At 4th level, she gets an ASI (ability score increase) and will do so again at 8th, 12th, 16th, and 19th level. She has a choice.

Normally, I would have her boost her Charisma and not buy any feats until her Charisma is maxed out at 20. For demonstration purposes, however, let’s say she leaves her Charisma at 16 so she can buy the Inspiring Leader feat at 4th level.

The table shows how many temporary hit points she can bestow upon any beneficiaries of her Inspiring Leader speech:

Later when Wan Tei reaches 8th level, she would get another ASI. This time, since she now already has the Inspiring Leader feat, she could put her ASI into Charisma and have 12 hit points as seen on the table above:

Eventually, Wan Tei would be able to take Inspiring Leader to its maximum potential of 25 temporary hit points.

Whether or not Inspiring Leader is a good feat and worth the cost of an ASI greatly depends on how your DM interprets the description above cited in PHB on p. 167.

On the surface, a feat that gives you 5-25 temporary hit points for up to 6 friendly creatures per short or long rest doesn’t seem worth the cost of an ASI when there are many spells that can do the same thing.

If your DM sees the surface features described above as the limitations of this feat, I would say that it’s not a good feat and you shouldn’t pick it.

As a DM, however, I interpret the limitations of the description quite literally:

In PHB, p. 198, there is a section dedicated to temporary hit points. It states.

“Unless a feature that grants you temporary hit points has a duration, they last until they’re depleted or you finish a long rest.”

Since there is no duration mentioned in the Inspiring Leader description, all beneficiaries lose their temporary hit points after a long rest, even if undamaged.

In the PHB description, it says, “A creature can’t gain temporary hit points from this feat until it has finished a long rest.” It does NOT say anything about how many times a leader can use this feat per day.

In theory, a character with the Inspiring Leader feat can use this feat for a full adventuring day if he or she has nothing better to do. Example:

Wan Tei is a 20th-level Wild Magic sorcerer and has a 20 Charisma and the Inspiring Leader feat. Therefore, she can bestow 25 hit points per inspiration. In her case, that’s a speech. She wants to buff out an army of kobolds.

At the stroke of noon, 6 kobolds with 5 hit points each show up for her speech. An ally casts comprehend languages and Wan Tei delivers her speech in Yipyak, the kobold language. Wan Tei takes 10 minutes to deliver her speech and the 6 kobolds each walk out with 30 hit points, a 6x from their original resiliency.

The process is repeated for 2 hours straight before Wan Tei takes a 30-minute break for rest, water, snacks, toilet trips, etc. At the end of her break, the time (in-game) is 2:30 pm.

Wan Tei is going to repeat the cycle for an 8-hour work day with 2 hours of 30-minute breaks and end her speaking engagement at 10 pm. By 10 pm, the Inspiring Leader Math will look like this:

If Wan Tei wants to participate in the battle herself, either as a caster or as a military leader, I, as a DM, would require her to take a 1-hour short rest from her 8-hour speaking engagement. (Skipping this short rest would incur some penalties, as would skipping the 30-minute breaks described above.)

She could lead them into battle at 11 pm and her troops would have about 7 hours to commit their mayhem before dawn at approximately 6:00 am. (Kobolds would suffer penalties if fighting in daylight due to Sunlight Sensitivity.)

If it takes time for the kobolds to get into position, Wan Tei can rest while the kobolds march and then teleport in when the battle starts. If 7 hours of darkness isn’t enough time for her, she can start her speeches in the morning before noon. If this is a planned battle, the kobolds can adjust their sleep patterns in advance.

Having a force of 288 kobolds, each with 30 hit points total, can be a real game changer. Their enemies would be caught off guard, expecting the kobolds to be relatively easy to kill rather than 6x less “killable”.

If during this 7-hour battle, any kobolds lose their temporary hit points, some of them can be recharged provided that Wan Tei can give them 10 minutes of her time in groups of 6 and that the combatants are allowed to take a 1-hour break from the battle (short rest) in addition to the 10 minutes for the speech.

If this Kobold Elite Battalion were to decimate some opposing force, word would travel quickly and Wan Tei’s career as a motivational speaker would be well on its way.

“Any creature can benefit from Inspiring Leader if it meets the feat’s requirements: it is friendly, can see/hear you & understands you.”

Some people may want to stack temporary hit points with Inspiring Leader. Here is what Crawford has to say on the subject:

My final thoughts on the validity of my interpretation would be other feats like Polearm Master feat and Spell Sniper feat. When you use such feats, there is no 1x/long rest limit. They are used throughout combat, regardless of how long the combat is or how many combat encounters the player has during an adventuring day.

My belief is that even if Inspiring Leader allows you to grant temporary hit points to hundreds of combatants within a single say, it is still not an overpowered feat.

To answer that question, let’s break things down.

Why do DMs complain about class features being overpowered?

They fear a loss of game balance. They think that if the characters become too powerful, the game will get too easy.

When Matt Mercer, probably the most famous DM of our current era, was asked about this issue, his response was that he simply makes the monsters more powerful.

Is that the answer?

If the problem is simply one of the balance of power between the player characters and the challenges they face, I would say Mercer is correct.

In PHB, p. 15, there’s a section dedicated to Tiers of Play. If you’re capable of granting 25 hit temporary hit points with the Inspiring Leader feat, you’re a 4th-tier character. How important are you? As per PHB,

“The fate of the world or even the fundamental order of the multiverse might hang in the balance during their adventures.”

Therefore, if Wan Tei, a 20th-level, 4th-tier character, wants to devote a whole day to buffing out 288 kobolds for the purpose of a single battle, the DM should be ok with that. Such characters will usually have better things to do with their time than to tour around as motivational speakers and most players would get tired of their speaking tour rather quickly.

As I stated earlier, if Inspiring Leader were to be nerfed into 1 inspiration/long rest it wouldn’t be worth choosing. What makes it worth keeping in the game un-nerfed is the role-play potential.

Imagine if Wan Tei were to give an inspiring speech to kobolds in Yipyak. What exactly would she say to them?

If I’m the DM, Wan Tei’s player has to give me and the other players at the table an actual speech. That’s role play!

Question: If the Recipients of Inspiring Leader are Undamaged, can they not Hold onto their Temporary Hit Points for Weeks, Months, and even Years?

Question: Does the Inspiring Leader User Need to Actually Participate in the Upcoming Battle?

Answer: As a DM, I would say no because the RAW (rules as written) don’t say otherwise. Wan Tei could simply sell the kobolds on the fact that the upcoming battle is in their interests and that they are certain to win because of their own superiority over the enemy (numbers, merits, commanders, equipment, strategy, magic, etc.)

Question: Is it Possible for an Inspiring Leader to Inspire more than 300 Combatants?

Answer: I believe that if you plan your Inspiring Leader Math well, great things are possible. Wan Tei can choose to not participate in the battle and put in a 16-hour day with little to no breaks.

Her kobolds could have light duties and postpone long rests in favor of several short rests, allowing Wan Tei to conduct her speaking engagement for a couple of days. That’s metagaming, but metagaming is definitely part of 5e.

The recipients cannot renew their temporary hit points until they have completed a short rest or a long rest. The recipients must be able to understand you and 10 minutes are required to perform the feat. You can be one of the recipients if you chose.

RAW, you can perform the feat on rotating groups of 6, an unlimited number of times, but you might want to verify that with your DM before choosing this feat. Out-of-Game conversations, in my opinion as a DM, are essential for avoiding misunderstandings.

Imagine the frustration of a player who chooses a feat, sacrificing an ASI, only to find out that the feat isn’t what he or she thought it was. Even worse, imagine if the DM makes you keep the feat instead of allowing you to choose another feat or take an ASI. 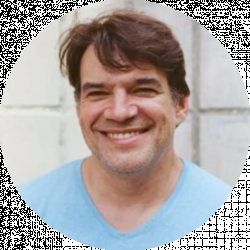 David Blanc
David is a writer and RPG gamer that has had the lines of fantasy action and reality action blur many times. Since the 1980s, David has been captivated by Dungeons & Dragons, both 1e AD&D and basic rules, and has since created his own modules.