An Assassin 5e guide is something I looked at a few years back when I made my first Rogue with a subclass. To this day, Assassin is my go-to class for Rogue – as it is for many others.

While Arcane Trickster and Swashbuckler are always there to switch things up, I still prefer Assassin whenever I don’t know which archetype to choose. It’s so solid and has the most consistent damage output.

Assassin 5e – The Need to Know

The older I get, the less time I seem to have to read through entire guides. This quick reference will let you know the majority of information that you may be looking for regarding the DnD 5e Assassin.

This is all you need to know to get started with the Rogueish Archetype Assassin. With Assassin, you can make unique disguises later on, but what it does best is offered right from the start.

The ability to make quick disguises and hit first – and hard at that – is added to make you a dynamite that is ready to strike at any moment. I’ve one-shot monsters with a Rogue Assassin more than I have with any other class. 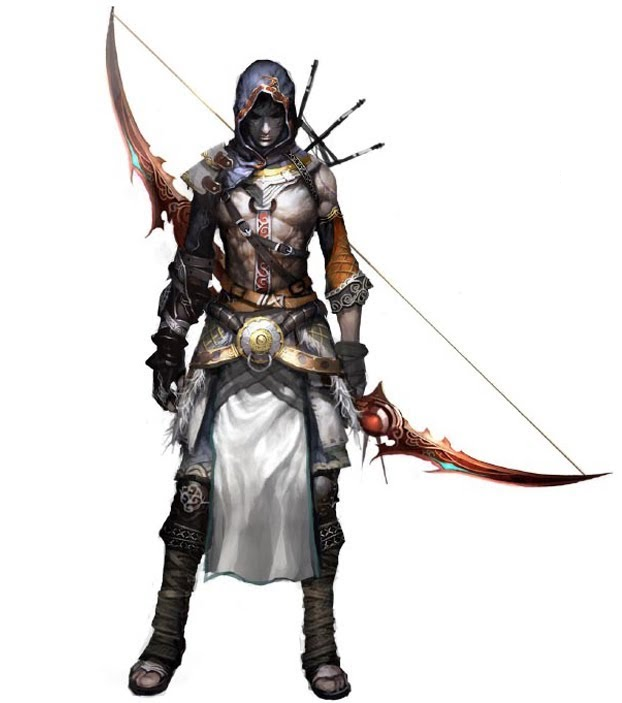 If you do have time and want to learn everything you can about the Rogue Assassin, then I’ve got you covered. Rogue Assassin is my number one class in Dungeons and Dragons 5e.

The first thing you’ll get when you choose Assassin is proficiency with the disguise kit and the poisoner’s kit. These kits both fit the typical assassin agenda quite well, so having them is excellent.

This is the reason that Rogues choose Assassin the majority of the time. Because when you do, at 3rd level, you gain advantage on attack rolls against any creature that hasn’t taken a turn yet.

You also ensure that every hit against a surprised creature is critical. The DM makes the rules on whether a creature is surprised or not. If you don’t try to surprise them, they aren’t surprised. Otherwise, it’s up to the DM and your rolls.

While 9th level may seem far away, if you can get there, things get interesting. With one week and 25 gp, you can create an entirely new identity, complete with a background, a profession, and even connections.

You can’t steal someone’s identity; you can only create new ones. These can help you get into secret societies, events and snag bargains at the market. It can also be helpful if you need to hide your identity.

When you do create an identity, other creatures don’t make checks to find out if you’re not who you say you are unless you give them a reason not to believe you. They will passively believe you are who they see before their eyes. 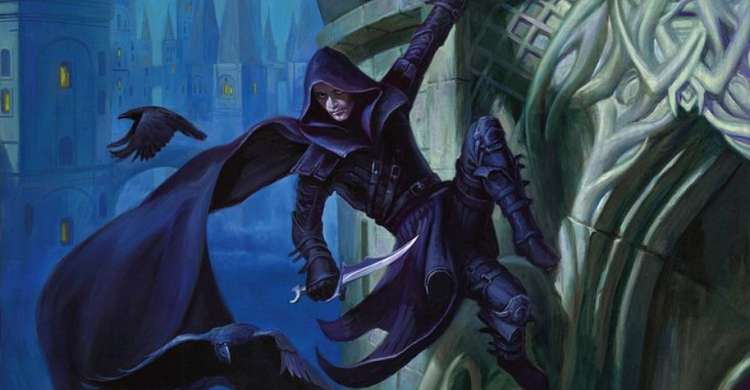 At 13th level, you can mimic someone else’s speech, writing, and behavior patterns. You have to study them for three hours and then you can uncannily copy them. However, others can become suspicious if you make a mistake.

You gain advantage on any Deception check you make when trying to pass off as someone else. So when you roll for a disguise Deception check, you roll twice and use the higher number.

By the time you reach the 17th level, you are much more dextrous and sneaky. When you attack and hit a surprised creature, it has to make a Constitution saving throw (DC 8 + your Dexterity modifier + your proficiency bonus).

If it fails, then you can deal double damage to the next creature that you attack. Hop on one and then to the next, critical striking wherever you go. I cannot explain how fun this is to do.

Assassin is the title of a monster found in Dungeons and Dragons 5e. You can find it in the Monster Manual. They are traditional assassins who were hired by someone – similar to a hitman.

They are never “Good,” and they can be any race. Assassin is a profession in this case. They are always hired assassins because they want to make money, not just kill for the sport of it. 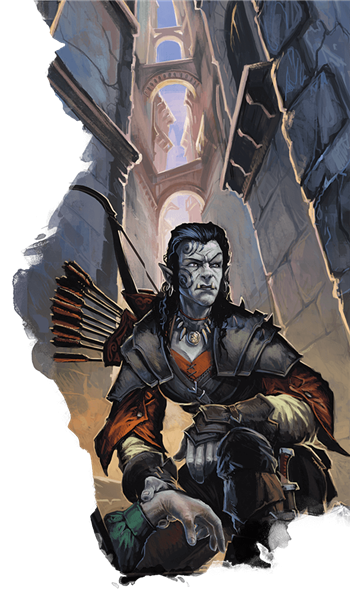 Assassinate is a trait that the assassin has. During the assassin’s first turn, they have advantage on attack rolls against players that haven’t attacked yet. Any hit scored against a surprised creature is also a critical hit.

Once per turn, the assassin can deal an extra 13 (4d6) damage when it this a target with a weapon as long as the assassin has advantage – or if the target is within 5 ft of an ally and that ally isn’t incapacitated.

Mutliattack is an action that allows the assassin to make two shortsword attacks. There’s not more to it than that. The assassin can attack with their shortsword and then immediately attack again with the same – or another shortsword.

Shortsword is a melee weapon attack that has a +6 to hit and does 1d6+3 piercing damage. It also does 7d6 poison damage. This poison damage is extremely strong early to mid-game.

If the assassin is further away, they can choose to attack with their crossbow. If they do, it does +6 to hit and a reach of 80/320 ft. When it hits, it does 1d8 +3 piercing damage and 7d6 poison damage.

Again, the attack requires a DC 15 Constitution saving throw. Upon a fail, the target takes full damage. But on success, the target takes half. As you can see, the crossbow is slightly stronger than the shortsword. 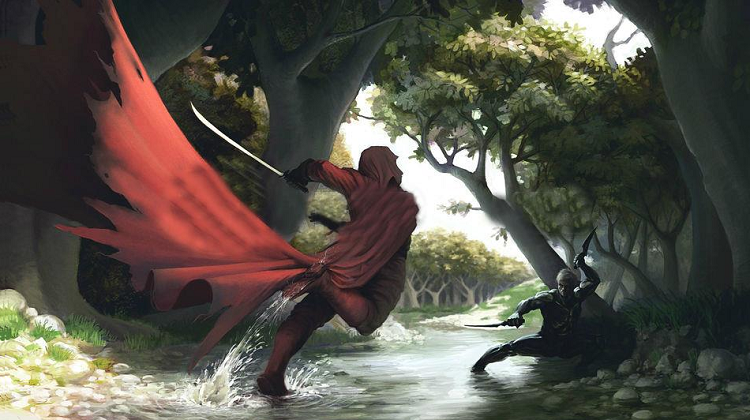 It is possible to be an assassin without being a Rogue. But if this is the case, you have two options. You can either roleplay as an assassin and choose an appropriate background or use a homebrew class.

An appropriate background paired with great roleplay can let you be an assassin without being a Rogue. There are a few background options that are obvious choices in the Basic Rules and other canon books.

The Criminal/Spy is your best bet. But picking up something like the Urchin or Pirate can be beneficial if you are a good storyteller. Let me tell you just a bit about my favorite choices for non-Rogue assassins.

Becoming an assassin with a homebrew can come in the form of a background or a class. Professional Assassin is one of my favorites. It’s a great background with a lot to offer players.

The Professional Assassin is similar to the Rogue Assassin. They get plenty of gear to start with, and they get to have one of two features. The best part is you can be this assassin as any class. 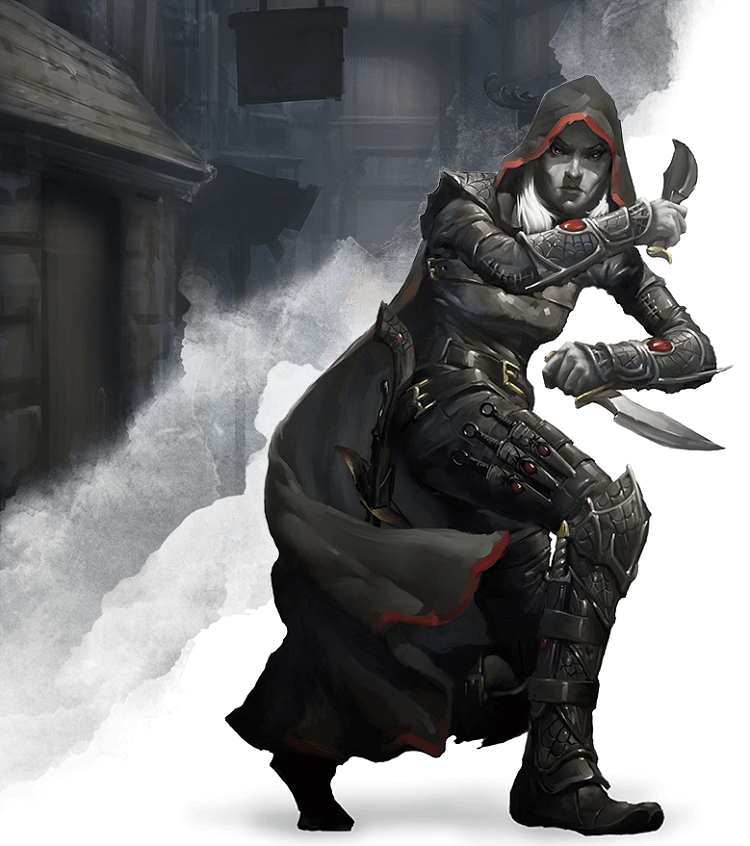 Answer: I believe that the assassin is good. The dps is worth everything, but it is not particularly helpful in combat because it only works on the first turn unless you’re really creative. That said, the ability to make such amazing disguises is extremely useful as well.

Question: When was Assassin 5e Introduced?

Answer: The Player’s Handbook introduced Assassin as a Rogue Archetype. This means that it is 100% canon and acceptable in nearly every campaign. The Assassin subclass didn’t exist in the same way before 5e.

Question: What to Max for Assassin in 5e?

Answer: I prefer to max Dexterity and Charisma for assassin when given a choice. Anything else is fairly futile and won’t work towards your cause. Focus on Stealth when it comes to skills.

Answer: There isn’t a best race for Rogue Assassin. However, I usually end up choosing a half-elf for the extra Charisma and versatility. Halfings are fantastic choices as well if you like to stay hidden – extra chance for sneak attacks.

Question: What is an Assassin’s Role in 5e?

Answer: The Assassin’s role is generally to attack first. If they can get a good first attack in, the damage will be insanely higher. If you are facing a mob, taking them out one by one may save lives.

Rogue Assassin is my number one go-to class. I love the balance of getting good damage in and being a charismatic charlatan – two of the Rogue’s greatest features in Dungeons & Dragons 5e.

However, it’s not the only great archetype for the Rogue. Every single archetype has something valuable to offer, in my opinion. I prefer Assassin most of the time, but switching it up is ideal.

If you prefer something more dextrous or persuasive, then I wouldn’t choose Assassin. But if you want to one-shot smaller enemies – avoiding combat – and become more than one person, then Assassin is for you.